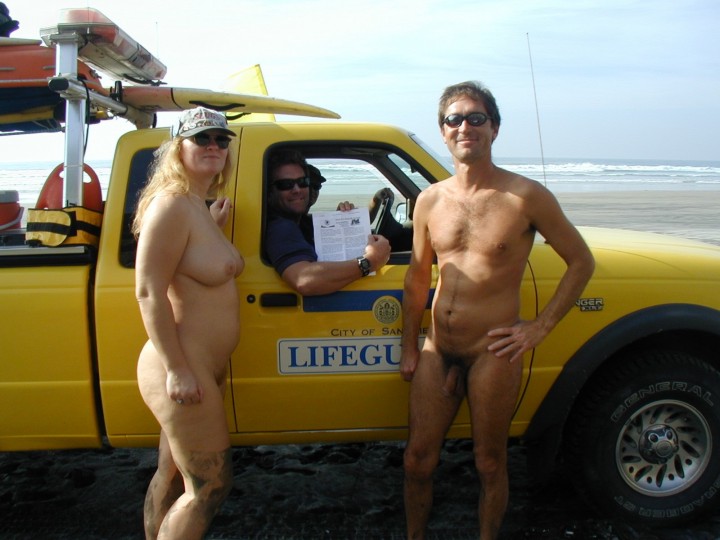 A cropped version of this photo graced the front page of the July 15, 2004 La Jolla Light.  The headline read "Black's secret revealed."  The article covered much of three pages.  It told all sides, presented the most common opinions, and did not take sides.  You can read the text yourself, but there are a few things that need to be said.

The picture was taken by someone who doesn't want to be named.  The photo was taken more than a year before the article.

The other photo in the article was provided by Dave Cole.  I know he didn't take the picture, since he's in it.  That photo was erroneously credited to Lloyd Johnson.

The article quotes a lifeguard named Sanmeyer as making citations everyday for lewd behavior on the adjacent city beach.  Black's Beach Bares questions the reality of this.  For one thing we think we would notice if the lifeguards issued a citation.  Furthermore, lewd behavior is not handled by citations.  It's handled by arrest.  Since this is a matter of public record, somebody should check the record.

While Black's Beach Bares does not agree with everything in the article, and we find small errors in our quotes, we do think it is a balanced article.  We believe it accurately presents the opposing opinions.  We also note that we have received praise from lifeguards and rangers.